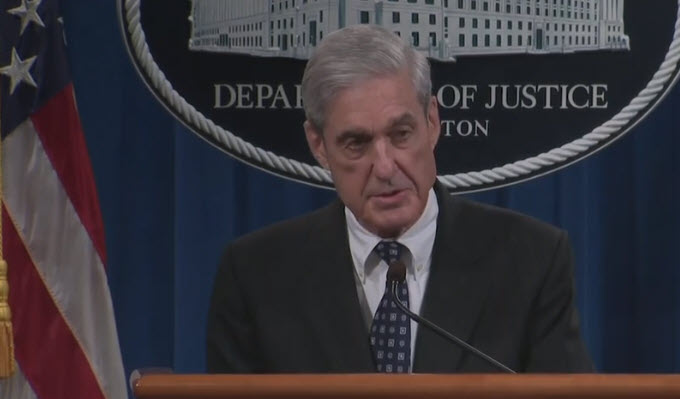 The simple fact is that Mueller did not find sufficient evidence to charge or accuse President Trump of any wrong doing.

Mueller’s key words from his May 29, 2019 public statement were,

There are two assertions here:

The convoluted wording alone should make us wonder about spin. Clearly Mueller did not have a legal case against the president (or he would have stated such), but spin allows him to make a political accusation; by suggestion.

All of this leaves a cloud of suspicion, but rightly viewed, Mueller is an agnostic rather than a true atheist.

By posturing himself as an agnostic, he leaves room for speculation on the part of all the rest of us. To bend Robert Frost’s words,

We dance in a ring and suppose,
Mueller sits in the middle and knows.

To Un-Spin this matter, we simply need to know if Mueller thinks he had a case to indict Trump if he were not the president. If that were so, his language would be something like, “While I know a sitting president can’t be indicted, I believe there is sufficient evidence to prove he committed a crime.” That would be provable and explosive if true. Indicting the president is one thing, accusing him of committing a crime is another.

Of course, he says nothing close to an accusation since he flatly states, “We did not, however, make a determination as to whether the president did commit a crime.”

Mueller’s spin is to nuance the difference between these two statements:

In either statement, there is nothing for the legal system to do. If there was no crime or if no conclusion is reached that there was a crime, it doesn’t matter legally; THERE IS NO CASE.

Mueller’s entire problem is one of INSUFFICIENT EVIDENCE. He states this in the same public statement when he says,

[Volume One of the report] includes a discussion of the Trump campaign’s response to this activity, as well as our conclusion that there was insufficient evidence to charge a broader conspiracy.

In the legal world, insufficient evidence mean you don’t have a case, especially during a trial. When there is not enough evidence, then charges are dropped and the person under investigation is cleared and freed.

n. a finding (decision) by a trial judge or an appeals court that the
prosecution in a criminal case or a plaintiff in a lawsuit has not proved the case because the attorney did not present enough
convincing evidence. Insufficient evidence usually results in dismissal of the case after the prosecution or the plaintiff has
completed his/her introduction of evidence or, if on appeal, reversal of the judgment by the trial court.

Of course, if a prosecutor concludes that there would be such a ruling or probability, then there would be no charges to begin with, which is what we commonly mean by not having a ‘prosecutable case’.

Mueller spins his position to leave room for ‘maybe’, but let’s face a couple of facts beyond the spin:

Mueller actually clears the president with his report and statement. Congress, on the other hand, is not a legal system, but a political one. DANGER: SPIN AHEAD.