Was Hillary Clinton So Exhausted That She Could Barely Give A Speech? 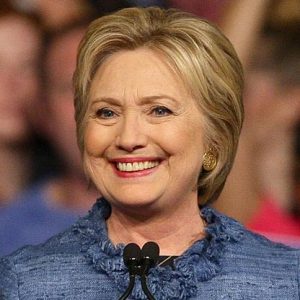 “I’m so exhausted, I can barely stand here… “

Since the Wall Street Journal is pointing to another run for Hillary Clinton in 2020, it seems only fair to get ahead of the spin on her as a viable candidate [see https://www.wsj.com/articles/hillary-will-run-again-1541963599]

This past summer, Kyle Olsen declared concerning her acceptance speech for the AFT Woman’s Rights Award that, “Hillary begins her speech: ‘I’m so tired, I can barely stand.’’While his quoting her is innocent enough, he goes on to claim, “The failed presidential candidate started her speech to the American Federation of Teachers Union on Friday in a bizarre way: by telling everyone how tired she was.”

Nothing is factually errant about her statement, but Olsen spins the statement with a disregard for context. In my theological training, it was commonly said in interpreting the Bible that “A text without a context is a pretext for a proof text.” The logical fallacy is called Quoting Out of Context [http://www.fallacyfiles.org/quotcont.html]. Olsen’s assertion that Clinton is being bizarre misses the context of her statement.

While Olsen did quote some of the context, he left out a couple of things.Clinton: “Well, I’ll tell you,” she said, “I’ve been back there listening to Randi (Weingarten) and I’m so exhausted, I can barely stand here.”

So, we can see that she was referring to an exhaustion from listening to a speech, rather than some health related (implied) issue. She goes on to say,

Clinton: “That was an amazing speech.”

Is Hillary Clinton being bizarre or is she complimenting Randi Weingarten? Clearly she is praising the prior speaker.  There is simply nothing bizarre, or even slightly odd, for a speaker to observe that the energy and excitement of a speech can be a ‘drain’ emotionally and physically on an individual.

When I was a kid I found a way to connect with my dad by watching boxing (both in the Olympics and in a Friday Night boxing  show on TV). I consistently felt exhausted after a bout, as though I too had been in the ring. We commonly assert this same notion after watching a close football game involving a team we love.

Of course, it simply needn’t be true. Hillary didn’t have to be exhausted and unable to speak after hearing an introduction for her award. She was probably just speaking in hyperbole, exaggerating the point to complement Weingarten.

“Well, I’ll tell you, I’ve been back there listening to Randi and I’m so exhausted, I can barely stand here. That was an amazing speech…”

In learning how to discern and think, we must constantly look at the context rather than to accept a passing editorial headline as the gospel-according-to-the-writer.

Context matters, and Hillary Clinton was simply misrepresented in the spin.  She may actually be exhausted, but she went on to talk energetically for about 25 minutes in her acceptance speech.